This biweekly challenge is a:
Sketch Challenge 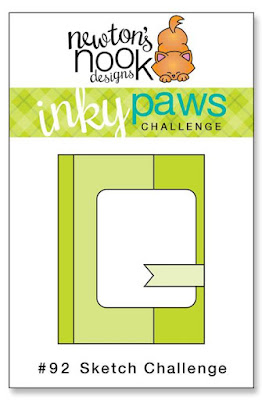 Create a project using the above sketch.

You have TWO WEEKS to play along - Deadline to enter is Friday, March 8 , 2018 at Midnight CST. The winners will be announced on the NND blog the following Monday. 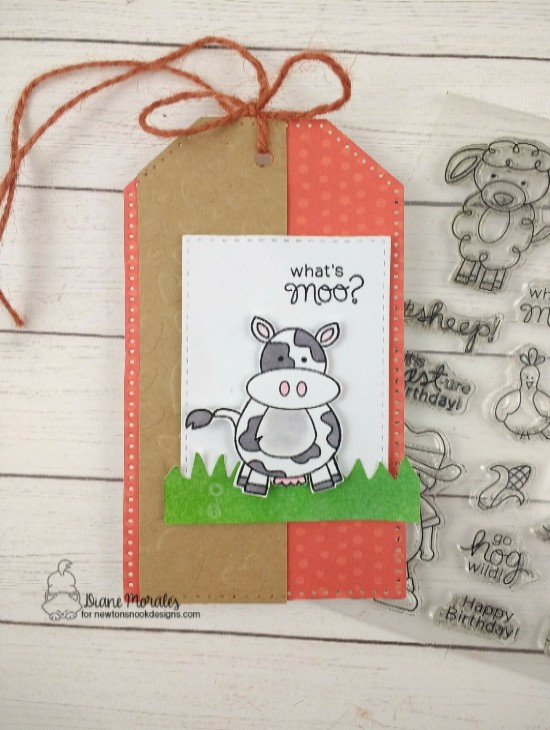 Diane Morales creates this darling tag using the sketch!  She begins with a polka dotted tag. Then adds a kraft strip which she has used the Tumbling Hearts stencil. She then adds a strip of tag to her lightly colored sky and adheres her sweet focal point--this darling cow from Farmyard Friends stamp set. 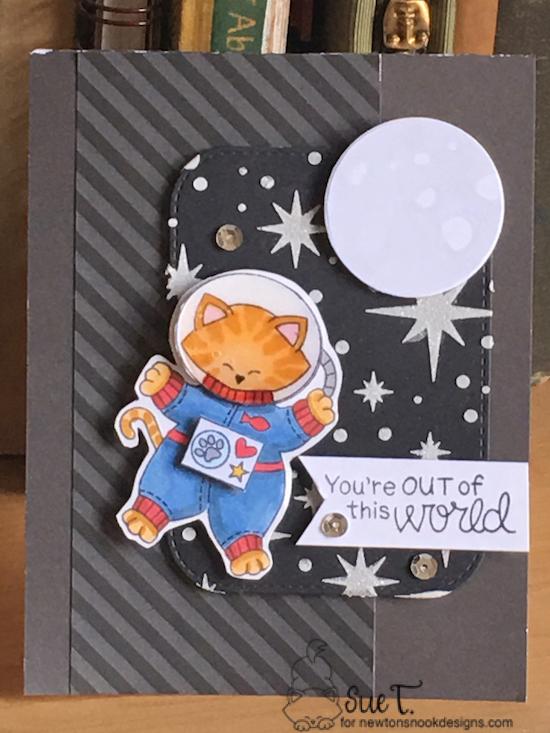 Sue T.'s take on the sketch blasts us into outer space!  From the Cosmic Newton stamp set, she adds this feline astronaut on a background of stars which she creates using the Starfield stencil. She adds her little sentiment banner and a moon, and some flickering sequins to finish it off!  Out of this world! 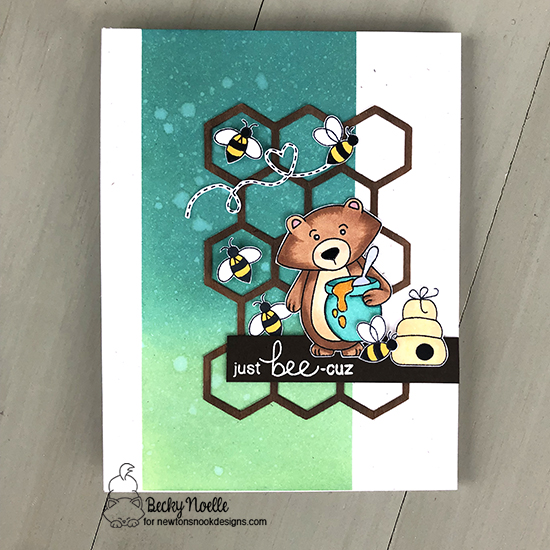 Becky Noelle  creates beautiful shades of greens using Distress Inks. She then adds a honeycomb frame which she places her honey-lovin' bear from the Winston's Honeybees stamp set. She embosses her sentiment on a black banner and adds a splattering of bees to finish it off!  Sweet! 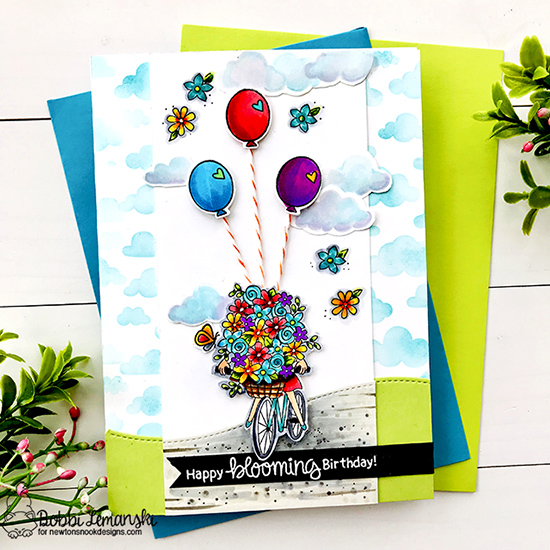 For those snowbound, Bobbi Lemanski brings us a much needed spring day!  She begins by making a cloudy background using the Cloudy Sky stencil. She adds green hills using Land Borders Dies. Her focal point is the bicycle full of flowers from the Loads of Blooms stamp set which Bobbi has colored in an assortment of bright colors. To add more fun, Bobbi pulls the butterfly and balloons from the the Delightful Doxies  stamp set. 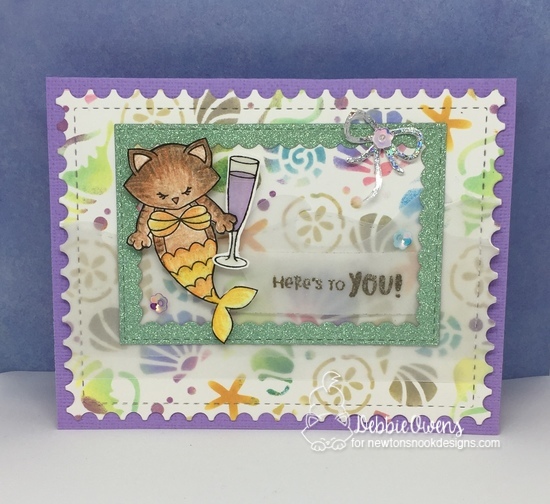 Debbie Owens brings us an ocean-themed card. She uses the Seashells stencil to create her colorful background before cutting it with the Framework die set. She adds vellum waves using the Waves die set. She makes a green glittery frame using a small die from the Framework set. For her focal point, she colors the female feline from the Purr-Maid Newton stamp set who is holding a champagne flute from the Cocktail Mixer stamp set.  For a bit more bling, she adds some sequins.