Today I'm sharing some more inspiration for our current challenge! 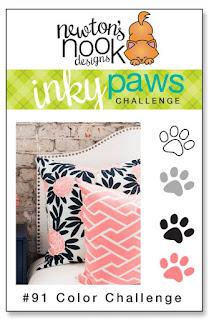 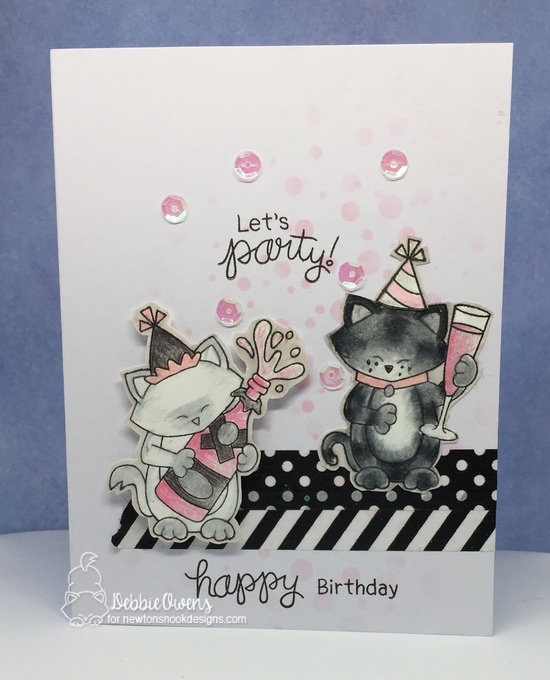 Debbie creates this festive card by creating a pale pink background using the  Bubbly stencil. She adds  black and white washi tapes before adding the sweet kitties from the Newton Celebrates and Newton's New Year stamp sets. She adds a bit of gel pen and sequins for some some shine! 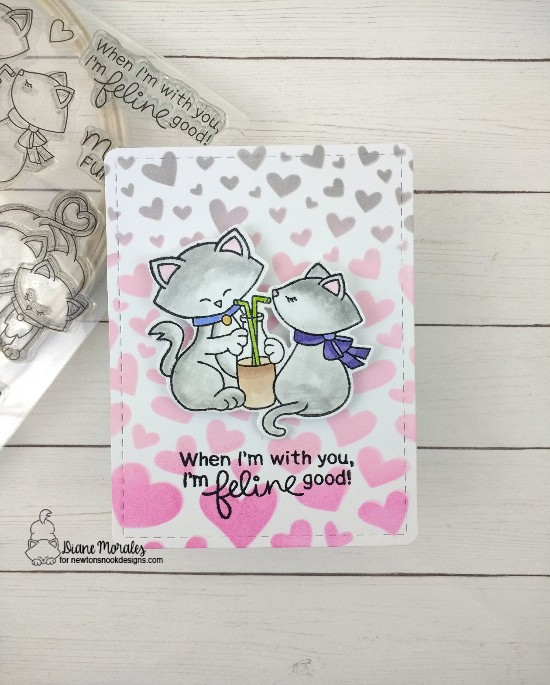 Diane Morales brings on the sweetness with this cutie!  Starting with the Tumbling Hearts stencil she creates a gray and pink romantic background on a white card base die cut using the center die from the Frames & Flags die. Then she softly colors the feline couple from Newton's Sweetheart stamp set in soft grays. 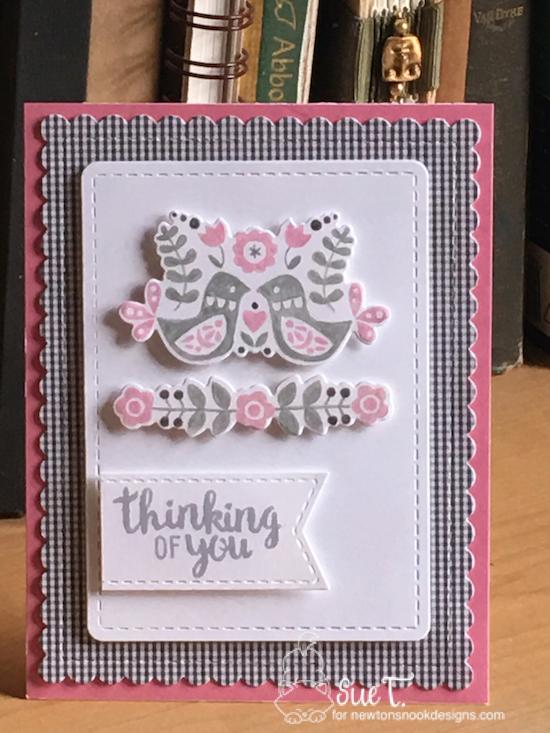 Sue T. brings us this elegant card using a base of gingham pattern paper which use die cuts with the scalloped edge die from the Frames & Flags die set. She adds a white base in which she embellishes with images from the Cottage Garden stamp and die set. She adds her sentiment on a banner. Oh, so pretty! 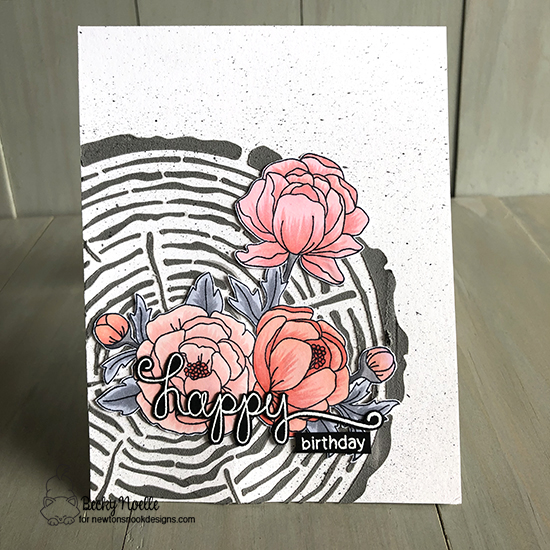 Becky Noelle also brings us a gorgeous and elegant card which she starts by using the Tree Rings stencil. She then adds these fabulously colored flowers from the Peony Blooms stamp set. Then she adds her sentiment from the Simply Sentimental stamp set which she embosses in white on a black background. So elegant! 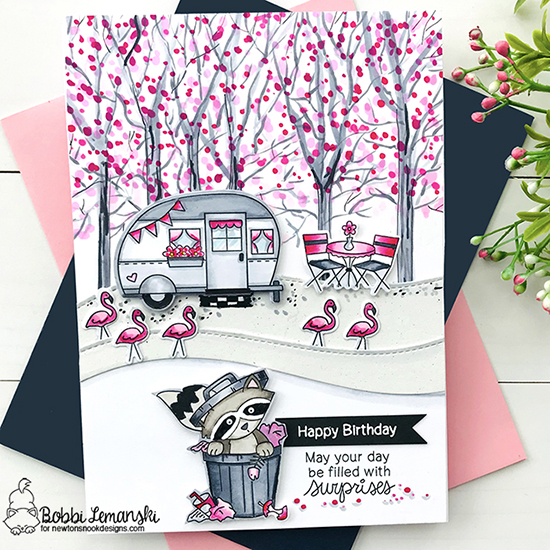 Bobbi Lemanski brings us this darling and whimsical card. She begins by hand drawing the trees in gray and adds pink and red leaves. She then adds a darling camping scene using the
Cozy Campers stamp and die set.  She adds lots of pink flamingos which she places on the different horizons using the Land Borders die set. In the foreground, she incorporates this naughty raccoon from the  Raccoon Rascals stamp set.  Darling!

I hope these projects have inspired you to play along! Remember, you have until this Friday, February 22, 2018 to enter. There's a prize involved too, so don't delay - view all the entries and see more inspiration on our Inky Paws Challenge here!
Posted by Indy's Designs at 12:00 AM