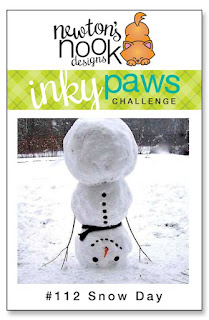 Today I have some more inspiration for this Challenge: 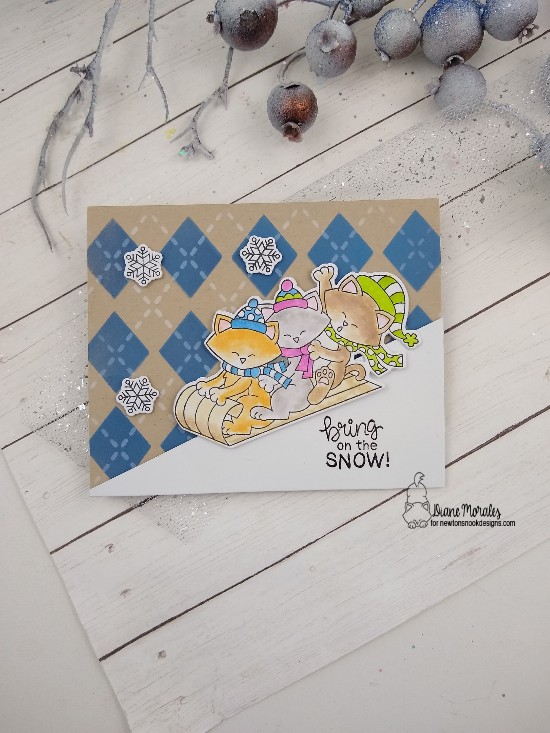 Diane Morales has her daring kittens from the Newton's Toboggan stamp and die set sledding down a steep slope!  For her background, she uses the Argyle Stencil Set in a blue and white pattern on a Kraft base and adds some snowflakes for a nice wintery touch.  Such a light, playful card! 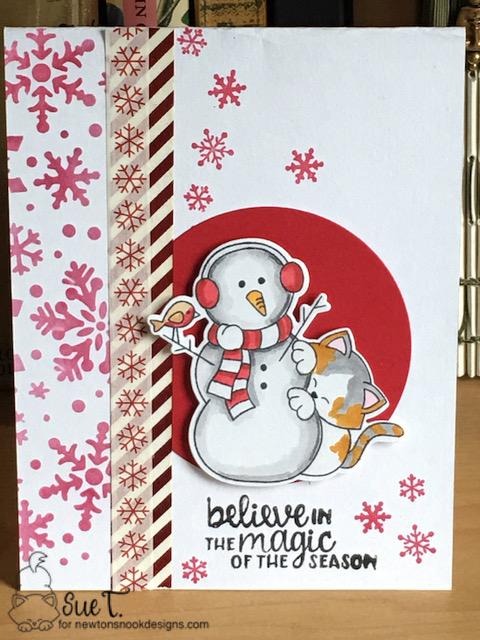 Sue T. creates this darling red and white card by creating a border of red snowflakes using the Snowfall Stencil. With a red circular background, she adds the darling calico kitty from the Newton's Curious Christmas stamp and die set peeking out from the snowman with his red & white scarf! She adds the "Believe in the Magic of the Season" sentiment from the Winter Memories stamp set. She adds decorative red & white washi tapes and a splattering of red little snowflakes as her final touches. 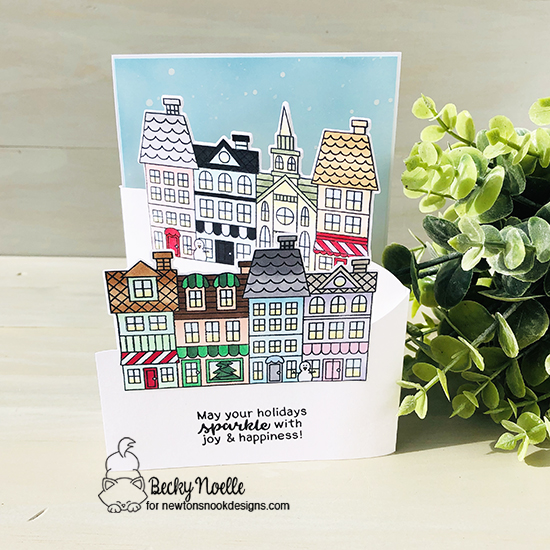 Becky Noelle uses the Main Street Christmas stamp and die set to make a tri-fold card!  This cleverly designed card makes you feel as if you are traveling down the streets of a quaint Christmas village. It looks like it might be a crisp, chilly morning with her clear blue sky and snowy ground. She selects a fitting sentiment from the Sentiments of the Season stamp set. 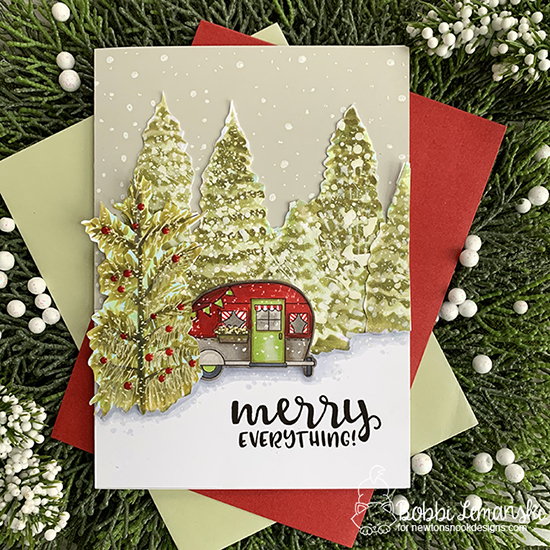 Bobbi Lemanski creates a picturesque scene from the snow covered evergreen trees to the holiday-colored camper!  She uses the Evergreens Stencil and adds layers of snow to the boughs. She then adds the vintage camper from the Cozy Campers stamp set and colors it in reds and greens. Those red & white peppermint curtains make a perfect holiday touch. She then stamps the big, bold sentiment from the Sentiments of the Season stamp set.  Wonderfully done! 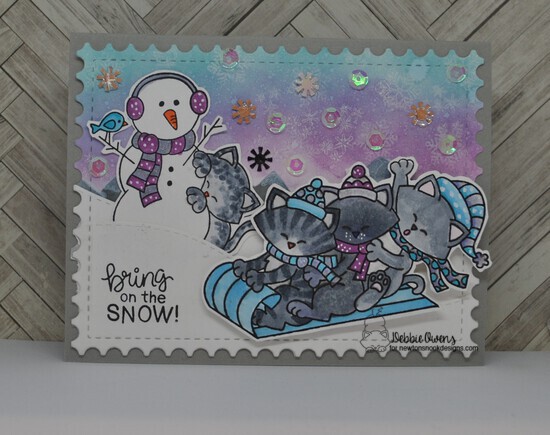 Debbie Owens captures the playfulness of a snowy day! Using the Mountains stencil, she creates some distant mountains against the blue and purple sky. She adds a couple layers of snowy hills using the Land Borders die set. She uses the Framework die set to give the edges a postage-stamp look. She then adds the trio of gray kittens from the Newton's Toboggan stamp set as well as the snow building kitty from the Newton's Curious Christmas stamp set. She stamps some snowflakes and adds sequins for some snow flurries.

I hope these projects have inspired you to play along!  Remember, you have until this Friday, December 13, 2019 to enter. There's a prize involved too, so don't delay - view all the entries and see more inspiration on our Inky Paws Challenge here!
Posted by Indy's Designs at 12:00 AM