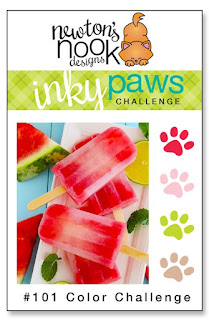 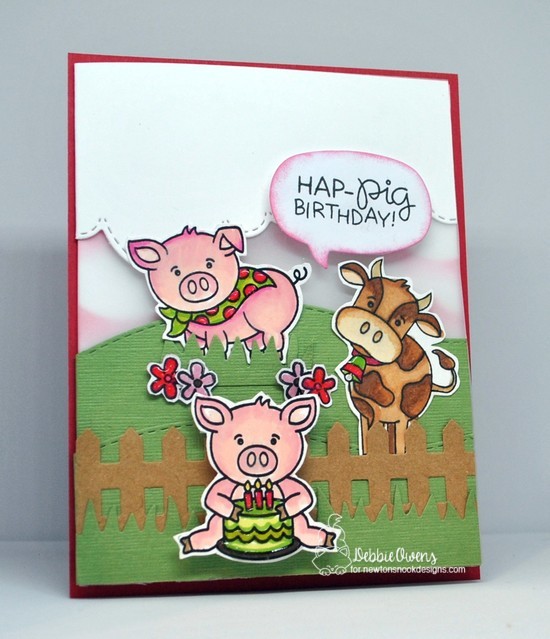 This fun split-card design by Debbie Owens features pink, fluffy clouds (Cloudy Sky  stencil) peeking through the open, middle section. For the front of the card, she showcases animals from the from the Oink and the Moo stamp sets.  For the bottom section of the card, she adds hills using the Land Borders die set which she fences in using the Fence die set. For the top section, she creates clouds using the  Sky Borders die set with the birthday sentiment stamped on a die cut from the  Speech Bubbles die set. She scatters some flowers from the Dainty Daisies stamp set. 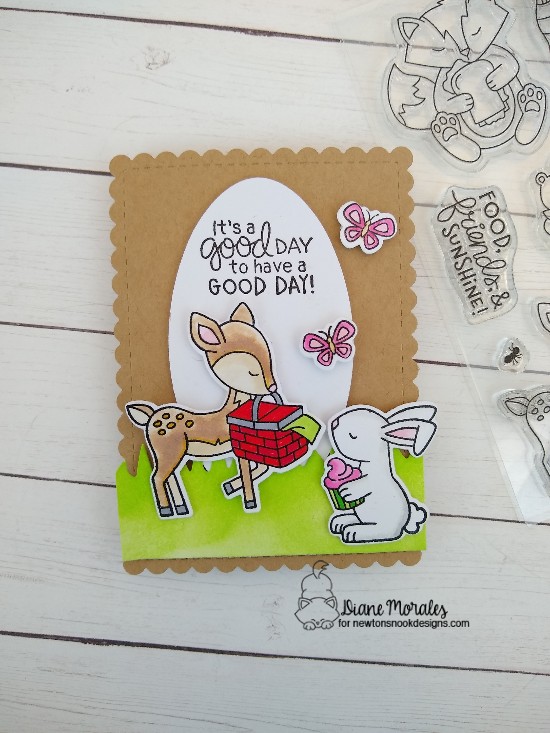 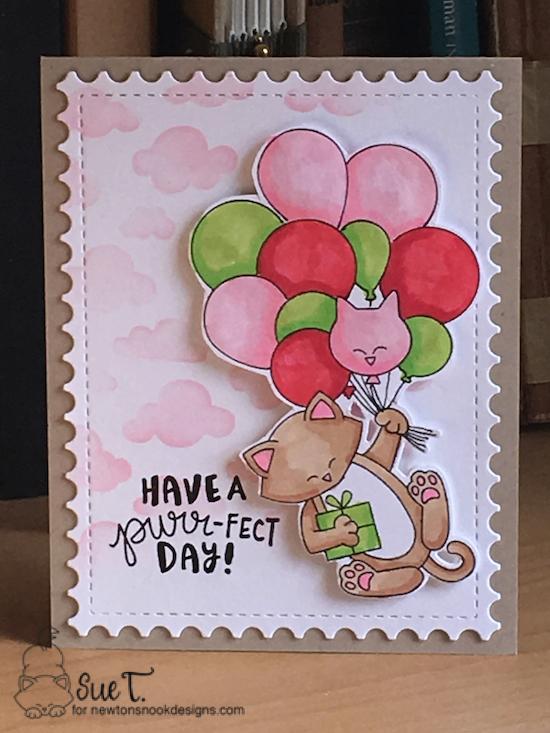 Sue T. has created an adorable birthday card starting with her pink clouds using the Cloudy Sky stencil and die cut using a die from the Framework die set. She stamps her birthday sentiment from the new Cat-itude stamp set.  The main attraction is Newton from the Newton's Birthday Balloons stamp set soaring by with his enormous bouquet of balloons.   Sue added extra balloons using the Balloons Stencil.  (Don't you just love how see added the kitty face to the cat balloon!  CUTE!) 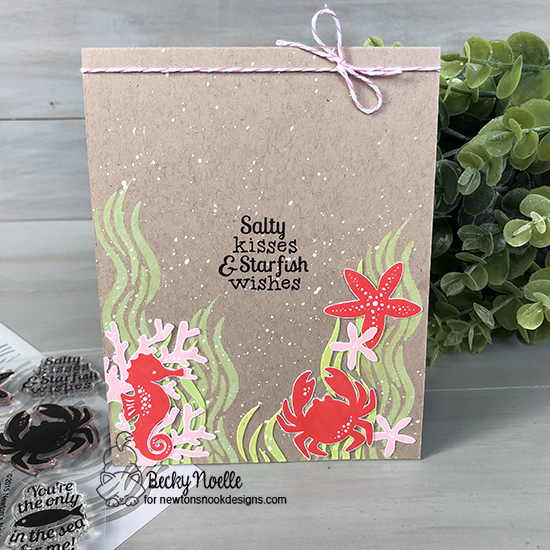 Becky Noelle shows off her creativity by using the challenge colors for an underwater adventure.  Beginning with a Kraft card base, she creates the seaweed by flipping the Waves stencil sideways, doing a lot of masking, and texturing in lime green.  She then adds pink coral and starfish from the Tranquil Tides stamp and die set along with a large red starfish, crab, and seahorse.  She stamps her sentiment and adds some white splatters to complete this amazing card! 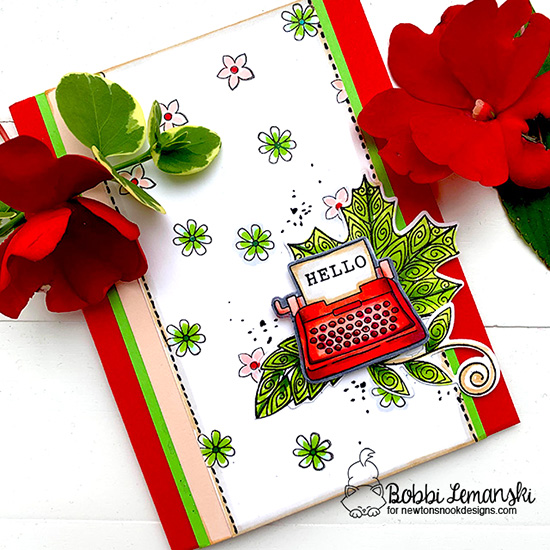 Bobbi Lemanski creates this beautiful card by combining several stamp sets. On a red background, she adds a lime green layer with a pink vertical stripe. She then stamps several tiny background flowers from the Loads of Blooms stamp set. She adds several leaves from the Beautiful Leaves stamp and die set on which she places the pretty vintage typewriter from the My Type stamp and die set. Wonderfully designed!

I hope these projects have inspired you to play along! Remember, you have until this Friday, July 12, 2019 to enter. There's a prize involved too, so don't delay - view all the entries and see more inspiration on our Inky Paws Challenge here!
Posted by Indy's Designs at 12:00 AM